Welcome to WordPress. This is your first post. Edit or delete it, then start blogging!
0

It’s been a year…

So far it’s been a year since I’ve started this site and almost a year an a half since the game “Samurai Ball” released. Lately though I haven’t been posting much of anything. I’ve been so busy with personal stuff that i have not been able to push myself to do what I want to do. I’ve been a slave to the workforce in order to survive lol. I’m aiming to change this gradually. Continuing TsubakiMH as a hub of information about my projects and have gaming news on the side. I’m going to Be more active on Facebook and twitter. And I’m gonna be pushing harder to complete my projects. To do this I will give myself a deadline for the following… New Project Project B Release Date – ASAP -This project is something I’ve been working on this year and it’s set to release before anything else. Already Announced Project Ghost Release Date – Summer 2014 -Originally was set to release late last year. I’m gonna need more time to give this project more flare and fine tune everything about it. The game is about 65%-70% done. If you have not noticed already there are FAQ pages up about both the below games as well as Natsuko. Feel free to check them out. Updates Samurai Ball Update 2.5 -The next big update set for Samurai Ball. Everything is almost planned out on going about implementing it. Release date – Mid Summer 2014   Motivate me Aika Update 1.3 Release date – Mid Summer 2014 -A small update that’s still being planned out, expect grammar fixes and UI improvements. There is a little surprise I’m trying to accomplish along side which is why I’m predicting it may take this long. The updates for the games currently out may be released in order of which gets finished first. There is a whole lot more I plan to set off to do this year. I can start out once the above is complete. -TsubakiMH
0

I really like the Metroid/Castlevania inspiration coming from this game and the ghost. The fact that this developer uses Unity is a plus! I feel like i know somewhat of what hes going through. Its coming out for PC, Mac and Linux and, if the stretch goal of 60k is reached, Wii U!
0 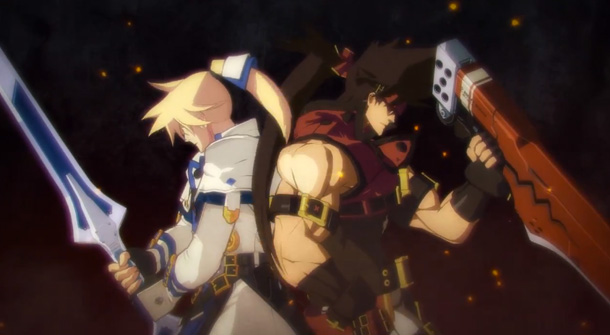 I use to play guilty gear back then an I’m a huge fan of BlazBlue. I can’t wait for ChronoPhantasma! While im not a huge fan of the Unreal Engine, Guilty Gear Xrd looks very polished. Its amazing how well the developers managed to blend the 3D character models to make it appear to be 2D.
0