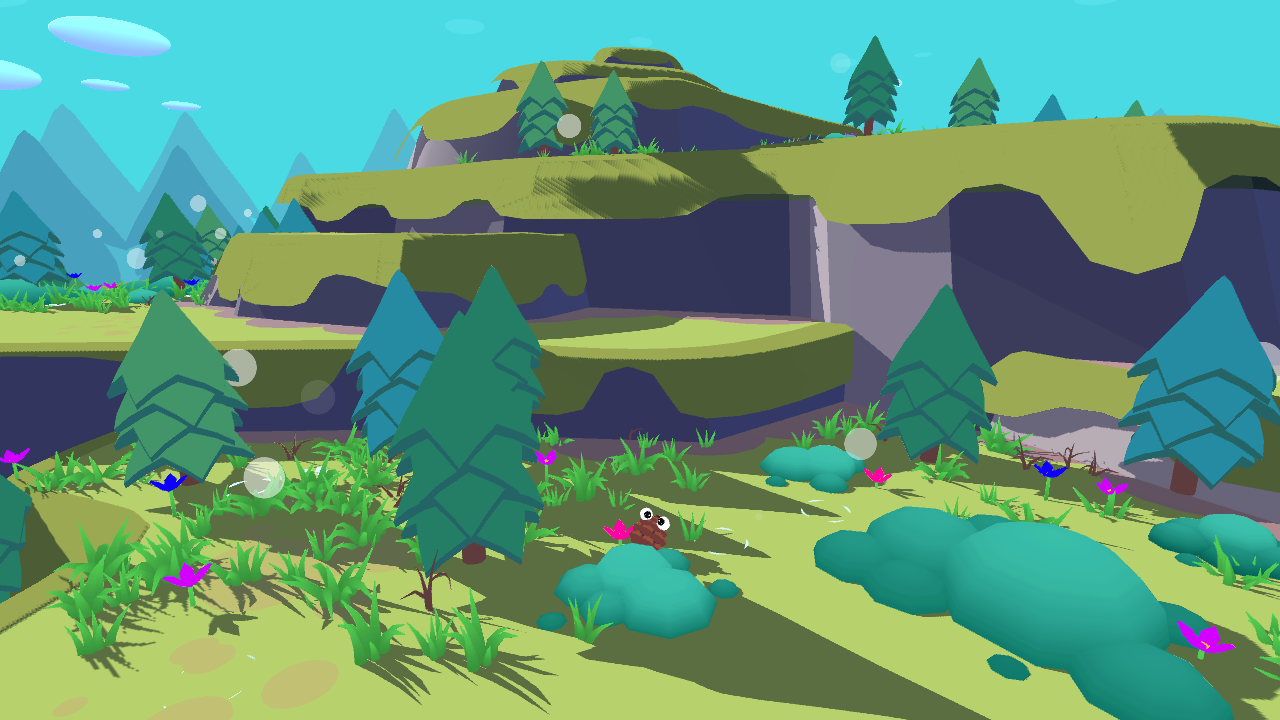 A casual game about helping a little pinecone climb a mountain while planting trees and plants along the way!

I contributed by participating and offering input in team meetings/standups as well as programming and implementation of UI placement/animation framework for the title screen, tutorial, and end screen. I also contributed to implementing camera movement from UI button action. Worked as a team member in an agile environment.