Last month, I had the pleasure of helping out with the Redmond Eastside Game Developers Game Jam V.
The Jam was actually not planned at first. It was formed pretty quickly to encourage and motivate our youngest members of the group. It ran from the 19th in the afternoon to the 21st, leaving only 2 days for developers to come together to create a role-playing game. I had my job and other priorities that unfortunately didn't fit the schedule. But because of the main reason behind the Jam, I felt compelled to help in any way I could.
So I found myself in a semi support role for the group's Slack page, answering any general questions, and offer suggestions. I also got into a discord call and found myself motivated to be even more involved on a specific project, "Missing.pgk". I only worked on the logo of the game but the experience was exciting to me. Since I moved I haven't felt that level of being part of a team in a long time. Hearing discussions of thought processes, game engine limitations, and version control tips...to me...that felt like home.
In the end, we all got together and quickly showed our projects. I hope the event helped give motivation to people to continue to follow what they're passionate about. It was definitely a growth experience for me and I look forward to the next one!
You can try the games out for yourself here!
- StudioTsu 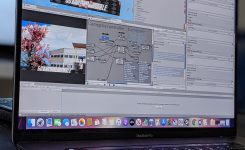 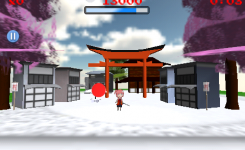 Samurai Ball and Motivate Me Aika to be pulle...