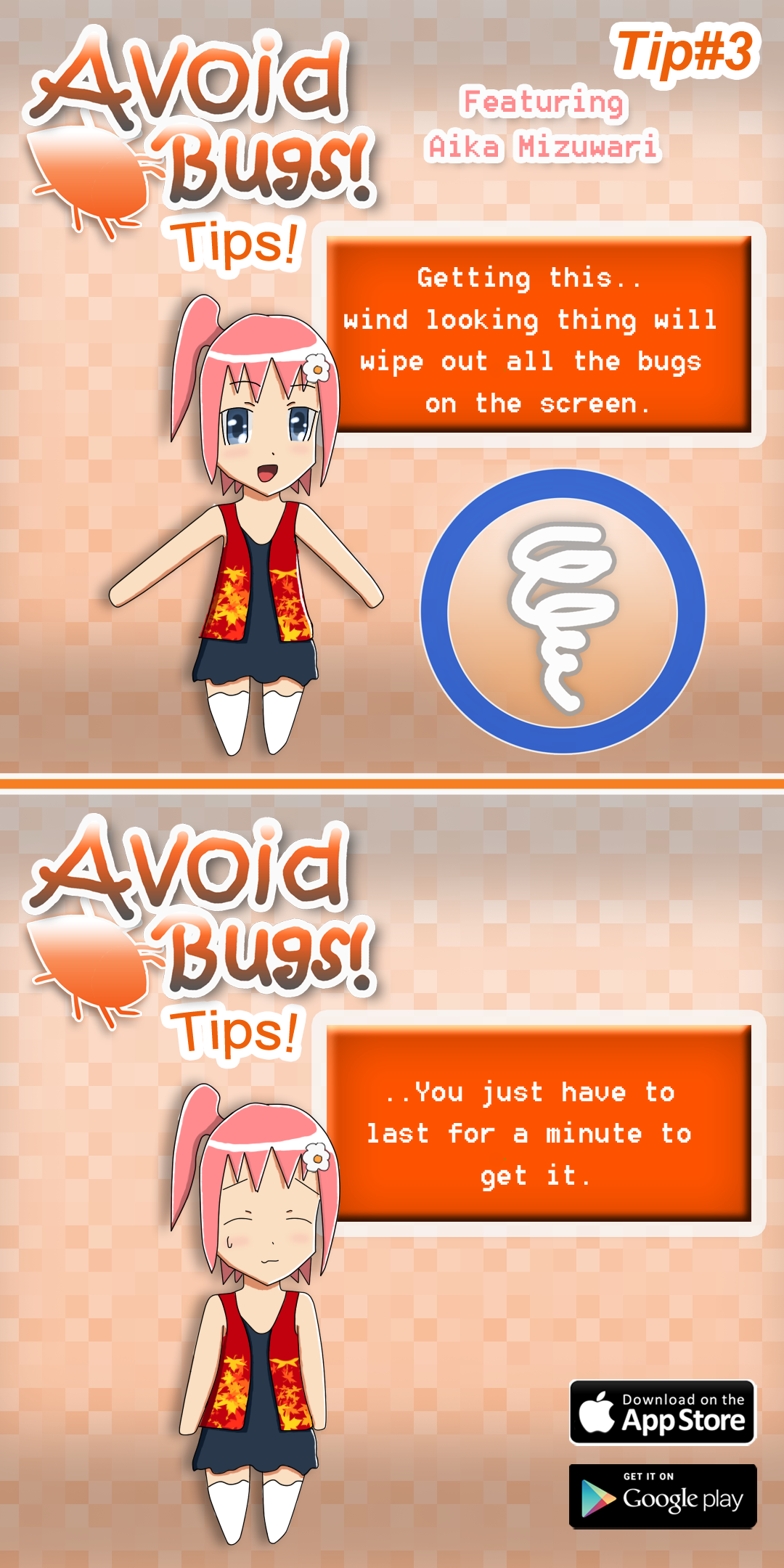 Posted this a bit late. Sorry about that
0 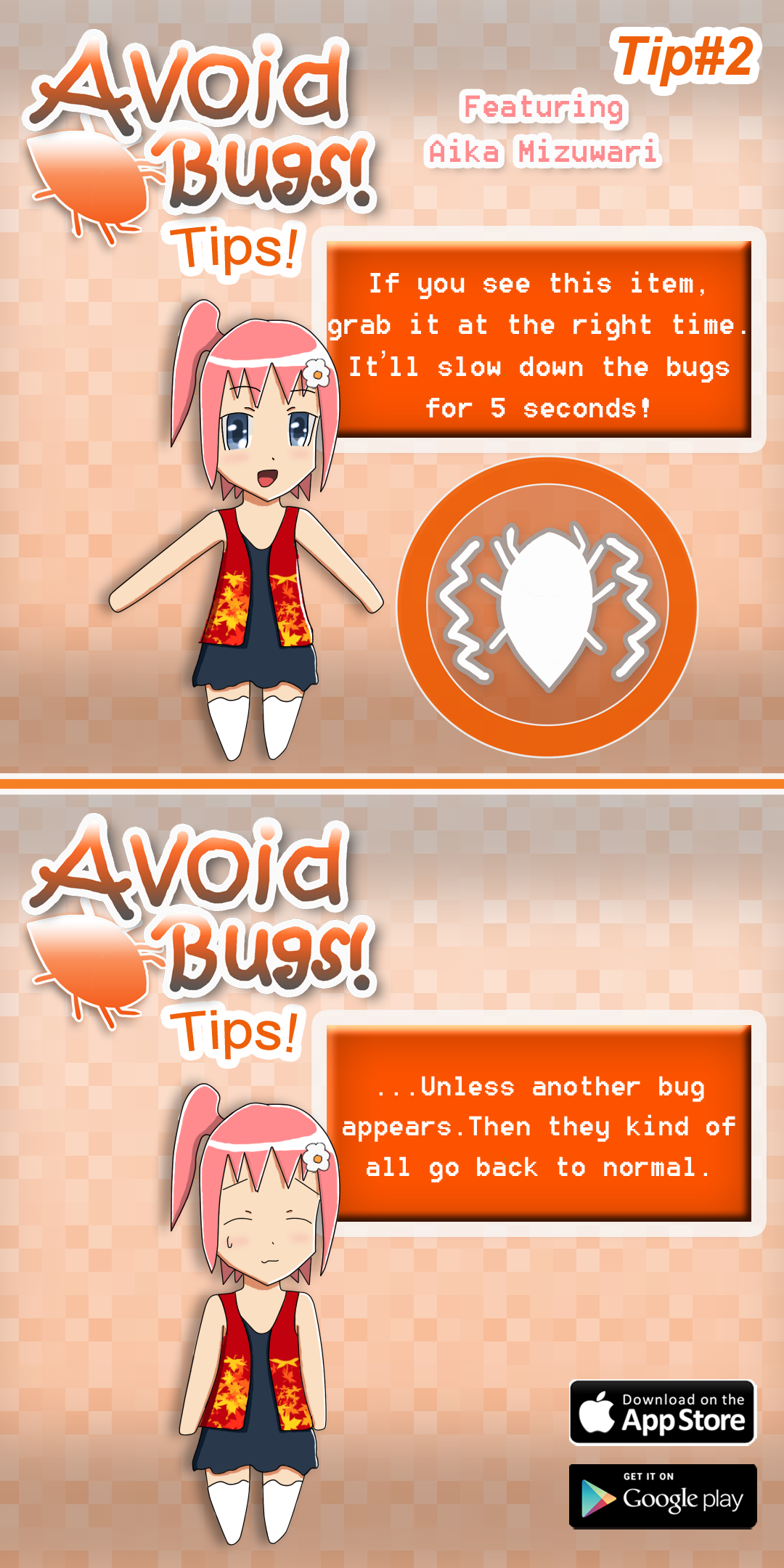 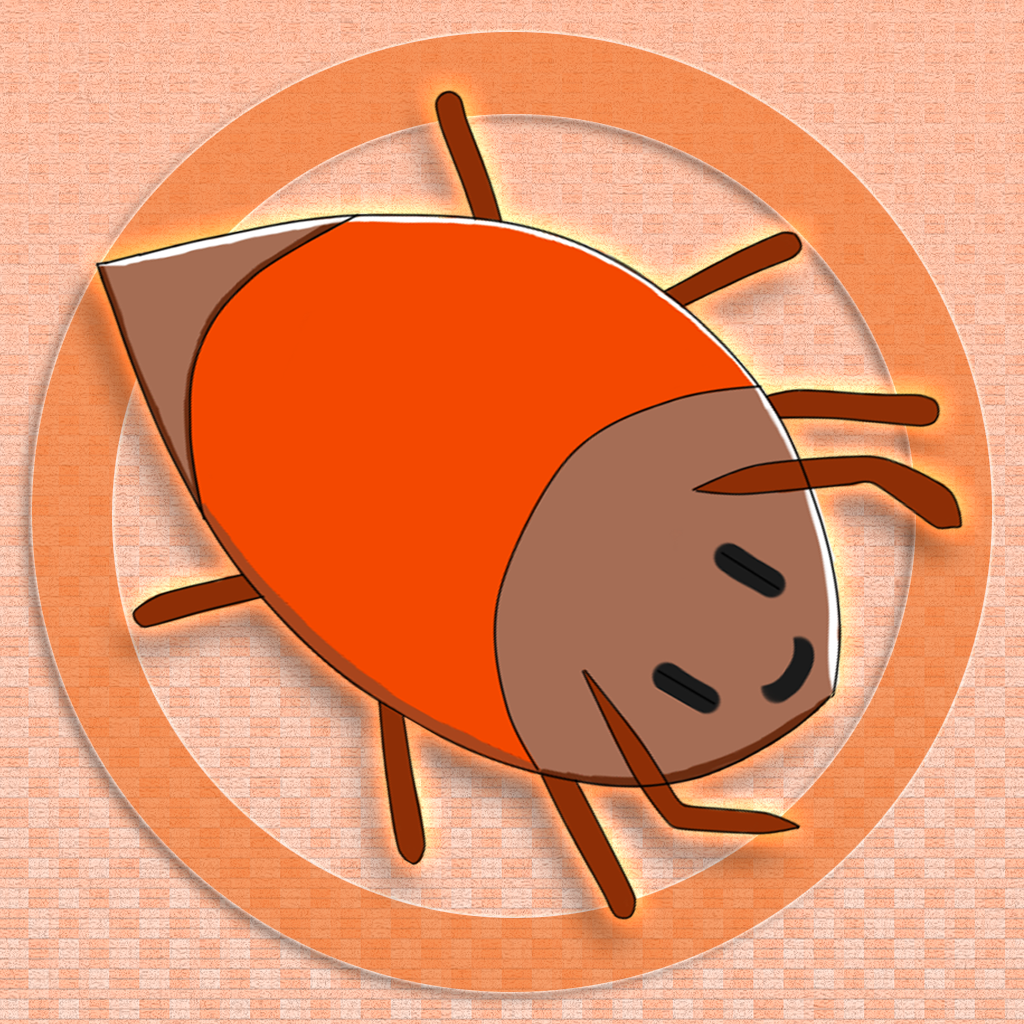 After looking at the feedback I got from some people, I’m working on 2 updates for the game. First one (Version 1.1)  is done right now waiting for review in app store and should be up on google play. Update notes for Avoid Bugs! 1.1 can be found here! Now as for Avoid Bugs! 1.2, you can expect some sort of game play enhancement with this update as well as other fixes and small additions. I’m very surprise how long some players last playing the game. I can only make it to 2 an a half minutes or so myself. It’s nice that people are finding techniques and ways to increase their time. : ) -TsubakiMH
0

-The “i” button on the top right now links to the official avoid bugs site “www.avoidbugsgame.wordpress.com”.

-Bugs will spawn at a different rate after 5 min.

-The “Touch ground” UI should now be displayed correctly through any screen resolution.

-The “Time” and “Best” text received a visual improvement.

-Players will notice their high scores now save even after closing the game. (No longer will the player have to submit their best score on to the leader boards in order to save it).

-Players high score now submits to the leader boards automatically after the game is over (player no longer would have to hit the Rank button to submit their score).

-When a player beats their high score the text “New” (along with a animation) will appear next to “Best” letting the player know that they surpassed their old score.

Players can now go back to the title screen by pressing the “Back” button after the game is over.

-Due to some players reaching over 5 min. I’m adding more achievements! Get playing and check it out!

Avoid Bugs is available to play on both Google Play and the App Store! 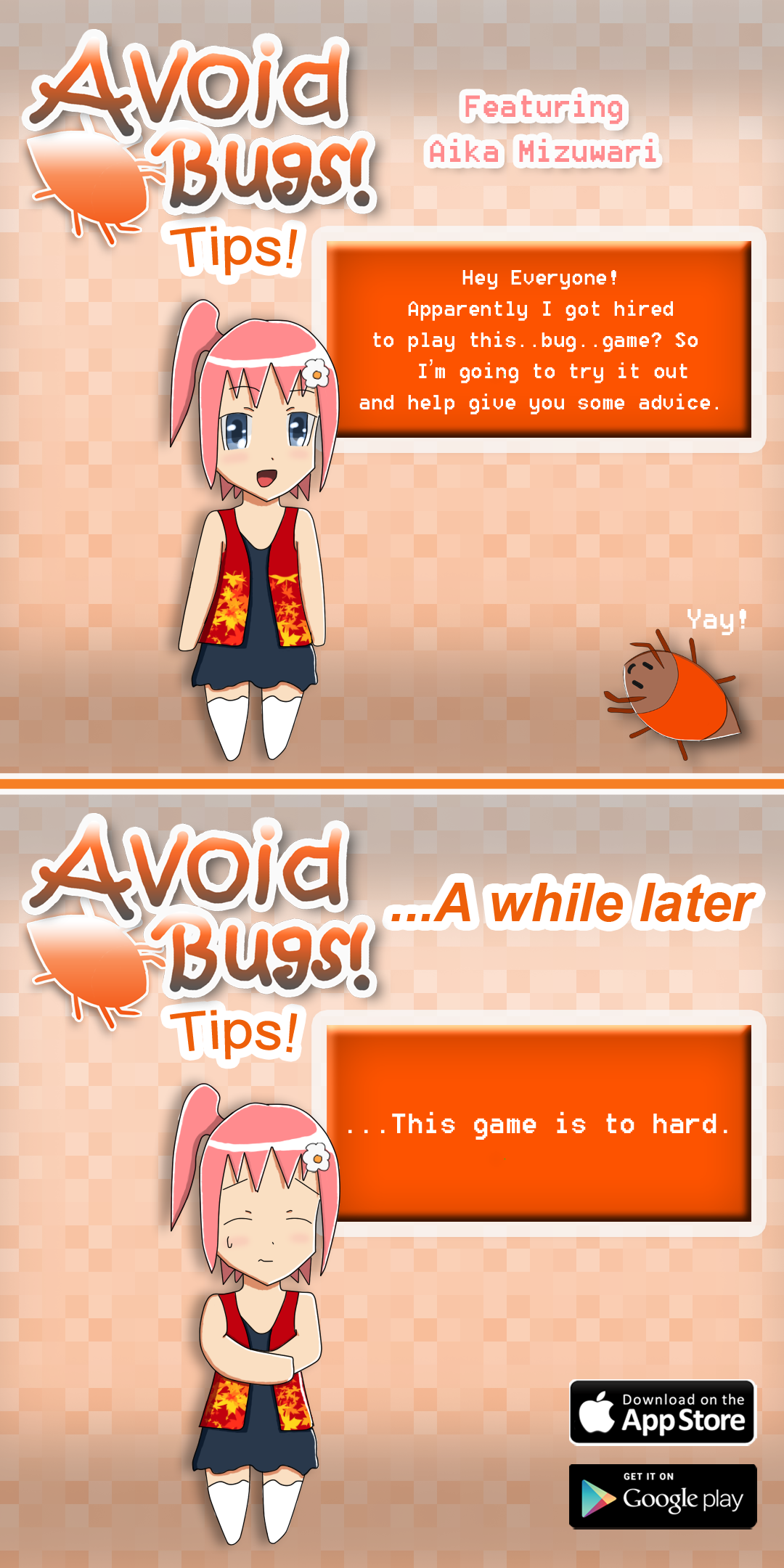 Avoid Bugs! Tips! is a little thing I put together to help everyone out! It’s a short series featuring Aika Mizuwari as she tries to give everyone advice on the game. I’m thinking of running one new strip once a week or so. Avoid Bugs! is available on the App Store and on Google Play! Play today!
0

The moment of truth has arrived! “Project B”, officially called “Avoid Bugs!”, has been submitted to both Google Play Store and App Store. You can expect it to be approved an arrive on Google Play first. Got to wait a little while for approval from Apple but when that happens you will be able to download it on your iOS device too! Here’s some more pics to celebrate the occasion! woooo! So there you have it! I will update the site with the new page for the game and information about it. If your new why not follow this blog? Our Facebook and twitter sites are an option too! Facebook     Twitter
0